In 2021, 32 years after the last High Fashion Dance Music Mix (volume 4), the DCC Museum has collaborated with High Fashion Music in Hilversum, The Netherlands, to create the first ever Mixtape on DCC.

Volume 1,2 and 3 were already mixed by master-mixer Ben Liebrand and he also created Volume 5, in the best possible quality at 48kHz, 24 bits.

They are joined on the Dancefloor by hot new versions of classics like Bucketheads’ “The Bomb” and at the same time presenting the new and upcoming singles from contemporary artists including S.O.S Band (remixed by Ben Liebrand), Bucketheads (Remixed by Massivedrum) HP Vince, and Who’s Who (remixed by Mighty Mouse).

Order DCC in our shop 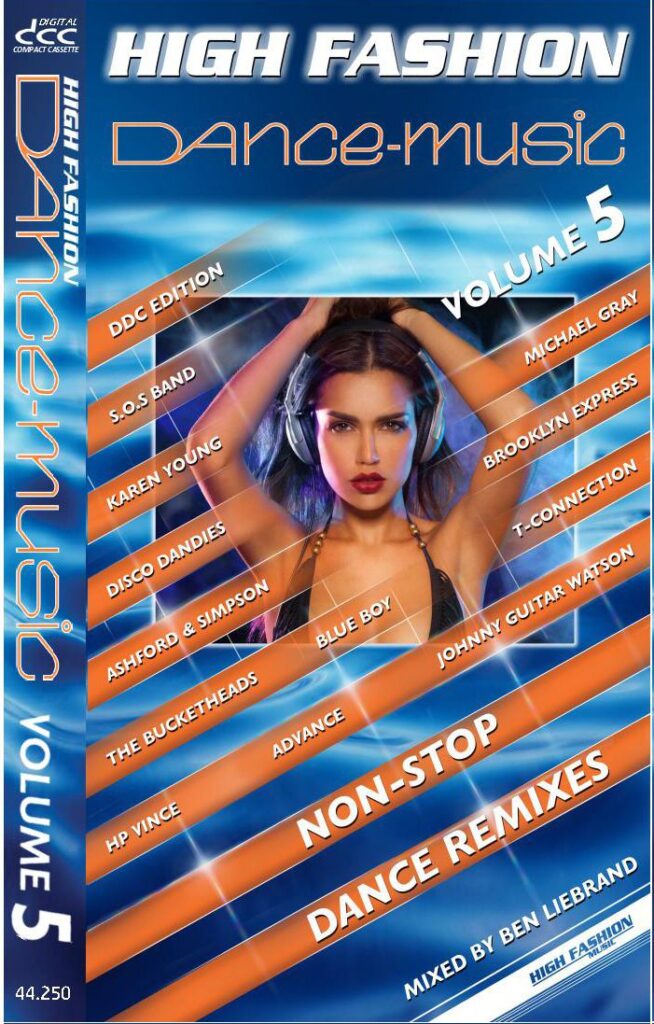 Why become a Patron?

A Patron (or Patreon) makes a small monthly donation that supports the DCC Museum.

If you are a Patron and promise to stay at least 12 months, you support the cause of the DCC Museum: Keep the DCC format alive!

You will also have access to all our spare parts, have early access to our videos and will be able to order the DCC release of the Iconic Groove album or the Limited Edition Media Box by Ben Liebrand.

This way we can keep producing new releases, as well as creating new spare parts, providing support to all DCC fans across the globe and releasing regular videos.

More information at www.patreon.com/dccmuseum or send us a message.

(*) This recording is compatible with, and will sound excellent on all DCC players. However, not all DCC equipment is capable of decoding the full dynamic of the 24-bit encoding.

This cassette contains recorded song titles that can be displayed on selected DCC players only.